The Church, Two Steps Forward One Step Back. 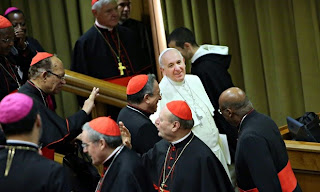 Back in the year 1615, Galileo who was an Italian, physicist, mathematician, engineer, astronomer and philosopher made it know that the world revolved around the sun and the earth was indeed round and not flat. The church felt that this was contrary to scripture and charged him with Heresy. He had to attend a trial. He recanted his discovery for fear of death and he was put on house arrest for the rest of his life until he died. Years later it was discovered that Galileo was ahead of his times and thus correct. The church and science was not in congruence and the church just as it is today was slow to change. (Wilkepedia 2015)
I thought about this and had some hope of change when it was published on October 13, that the Catholic Church was meeting and was opening dialogues to shift their tone on gays,divorced and single people and to be more welcoming of this group of people. Pope Francis vision was to open the doors of the church and allow everyone to feel welcome. (Povoledo, E Goodsteinoct, L 2014)  This would have been a major change to modernize the church and would have promoted evangelism internally and externally in the Catholic Faith. The Church is a place of love. If God is present love is present because it is the church teachings that God is love who loves all of his creation especially mankind who is made in his own image and likeness.

I thought that Pope Francis was well before his time but, however admired his courage to put on a committee of bishops to view this. Today those who identify as being homosexual and those that are divorced and remarried are viewed as living in sin and are refused communion. In the United States, however many people attend parishes who have the spirit of don’t ask don’t tell.  The question is, is the church ready for such a radical change? The answer to this committee was a resounding no.
On October 19 Catholic Bishops vetoed this document. It did however accept a revised document that makes reference to welcoming homosexual person  by  adding “men and women of homosexual tendencies must be welcomed with respect and sensitivity.” The idea of saying anything positive about same sex union was scrapped as well as allowing those who have married and remarried outside the church access to communion. Pope Francis wanted to extend communion to more people who are not allowed at this time. (Davies, L 10/19/2014)
In these modern times, there have been many studies that have proved over and over that sexual orientation is linked to genetics and other biological factors. The church has agreed that there is little difference in revelation of God and science. In fact the church no longer argues about evolution in its teachings. It feels that it is indeed creation and God evolving it’s creation over a period of time. God is at work. The Church also teaches that God reveals himself little by little over time and we as believers gain more knowledge of him as he reveals himself to us. The question is, is God revealing himself to us today? We live in modern times where over half of marriages fail. There are many societal ills that contributes to this. We also live in a time where fewer people are getting married and fewer people are having children as well. The look of the modern family today has changed. We have blended families and there are many other examples of non –traditional families. How do we minister to these people?
As the article indicated, there are many people that have gifts to offer that the church doesn’t welcome with open arms, be it lesbian, gay divorced remarried or single people, these people are creatures that are made in the image and likeness of God that he truly loves just as much as he loves all of his creation. So if God is love, shouldn’t we love one another as he love us? The fact remains that when Jesus was on Earth and developed his ministry, he called people that were imperfect to love and serve him.
Maybe the Church is being called to call others that are viewed as being imperfect to come in the church to love and serve the Lord.  Is the church still behind times? Is the church once again having a Galileo moment and not allowing itself to modernize and thus reach out to all of the worlds peoples?

What do we do when we realize that the people we look up to are just human? 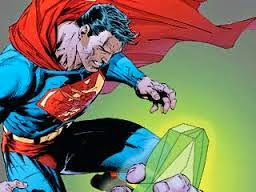 There has been an increase of celebrities and gospel singers and pastors who have been having their “dirty laundry” exposed by other people. Some of them have been pictures revealing them in the nude, others have been videos of sexual acts taking place and others have been alleged allegations of abuse. From time to time you used to see this but over the last 12 months it seems that it has happened more. It may be because of technology, the Internet and social media.  People who have revealed this information in all cases have their objectives leaving the minister, the celebrity or a or musician the victim. Others who may be victims as well are the family and the children and the follower of the ministries that hold these positions.
But the question that is to be raised is what do the people of faith do when these things take place. The one that we look up to, the one that you have been following and enjoying their music their sermons their ministry; what do you do when we realize that this person is merely a sinner no better than yourself and even has done things that you probably never thought of doing.

The answer is that you do nothing.  You thank God that he is the one that is in charge. And you love on that person and let them know that it is ok and God loves them and forgives them. And in most cases you should not turn your back on them. The only difference is that the things that they did has been exposed. The fact remains is that there are very few if any person on this earth that has not done something that they would be ashamed of if it was revealed to the world to see. These are the things that should strengthen our faith. God is calling us to look beyond those who are of flesh because they will fall short every time. We humans have a way of messing it up. We have a way of falling short we have a way of doing things for pleasure and when the things that we do in our privacy is aired it puts us in the position to be judged. But God has revealed to us that we who are without sin should cast the first stone.
The followers of Christ put their earthly leaders too high on pedestals and at times create a mini savior without even realizing it. And God has a way of reminding us that he is the one that we should serve and that every human being that is on this earth is a sinner, some more than others, but at the end of the day it is all the same.
I serve a God that has sacrificed his own son and has paid the price for everything that we have done. God was born incarnate in the flesh taught us and preformed miracles  and suffered  and tempted in every way that we do, and was  crucified died and buried and rose from the dead. All of this happened for a reason.
We are so preoccupied with others sins when there is enough grace from God that is sufficient for all of our sins. God is calling us to have faith in him. The death and resurrection of Christ was for a reason.  This week is considered Holy Week for Christians and Passover for our Jewish brothers and sisters.  We should thank God that we have an advocate that heals us from all that is not godly and washes us clean.


There is a story in the Bible told in both Mathew and in Mark. There was a man who was very powerful. And he had this favorite slave that he highly favored that became ill. He sent for Jesus to come and heal this slave. As Jesus was on his way to this mans home he stops Jesus and tells him that he is a powerful man so powerful when he tells folks to jump they say how high.(paraphrasing) But he is humbling himself to him to ask him to come and heal his favorite slave. He tells Jesus that he a sinner is not worthy to receive him under his roof but to only say the words, and his soul may be healed. Jesus tells the man that his faith has healed his slave and it is done. And this reminds us this week that no matter what we have gone through in life, no matter what we have done or failed to do, if we seek God we will truly live forever.
Christ has destroyed the sting of death and died for the sins of the whole world. We are called to put our faith in him and love each other and ourselves as he loved us. For we will be judged for all of the good things that we do and our shortcomings all of those things have already been paid for.
Posted by brownaw at 12:24 AM No comments: